So who is Pete anyway??

Many people have asked and many want to meet him. We’re sorry, but Pete is no longer with us. Pete is the grandfather of Ed and the great-grandfather of Andy. Now, both Ed and Andy will answer to “Pete” and are often called “Re-Pete,” but neither are actually Pete, himself.  Andy is sometimes referred to as “Little Ed.” Together, Ed (Dad) and Andy (Son) operate Pete’s Coney Island II in Clarkson and Lake Orion.

Way back in the late 1920’s, Pete and his wife, Donna, and their children, Walt, Chris, and Olga started the very first “Pete’s” on the corner of Lull and Wesson in Pontiac. This neighborhood restaurant served full dinners and seated about 60 patrons. It was a great start to what would become a long-standing family tradition. 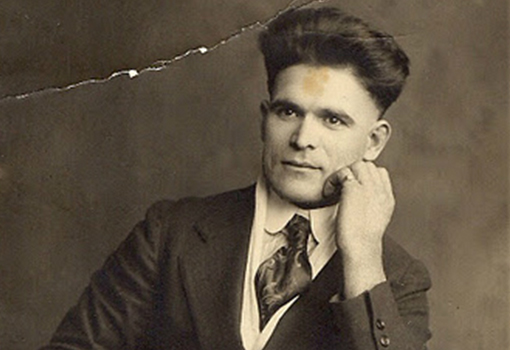 A few years later, “Pete’s” moved to Saginaw and Jackson in Pontiac. It was a much smaller establishment (a tin building) with a window service, serving hot dogs, pop, coffee, and donuts. A short time later, breakfasts were added to the menu. Pete’s was a hit!

Pete and his family expanded in 1936 by moving across the street to a larger building. They stayed there until, in 1949, the old tin building was replaced with a new brick building that featured two horseshoe-island counters. In 1964, Pete’s moved from Saginaw and Jackson to Orchard Lake Road near Williams. In 1974, Ed joined his father, Chris, as a partner of Pete’s Coney Island. Chris retired in 1981.

Pete’s into the Future

In 1985, Pete’s Coney Island II opened in Clarkston. In 1997, the new home of Pete’s Coney II was built on top of Waterford Hill. Continuing in the family tradition, Andy joined his father in 2002, the fourth generation to serve our customers since 1929. 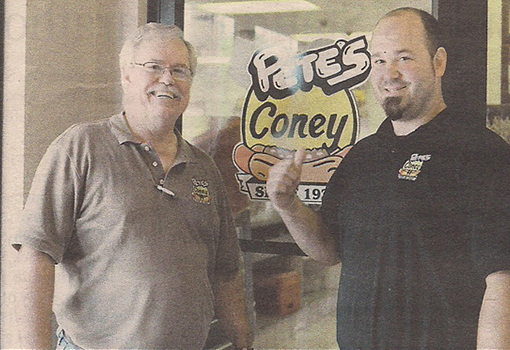